But she was unrecognizable.

Her face and chest were swollen after weeks in an intensive care unit with COVID-19. Her hands, which Hoonsan never got to hold before she died, were bloated and pale.

Sheila Hoonsan holds a photograph of her mother, Elizabeth Swartz, who died of COVID-19. Elizabeth loved the beach, sunsets and all kinds of music. “It was horrible. It’s been horrible,” said Hoonsan about losing her mom. “I just don’t feel like I have any closure.” 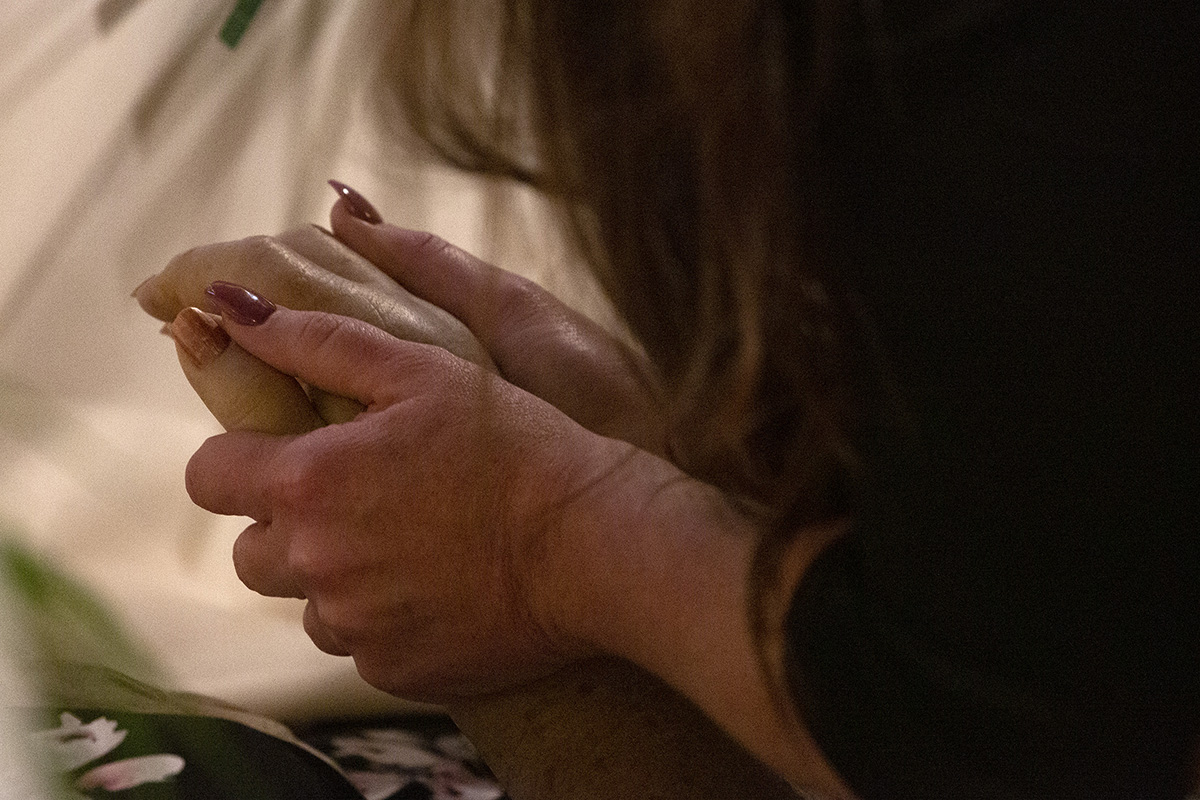 Renae Swartz holds her mother’s hand while she lays in her casket. The family is split between California and Las Vegas, but none were able to say goodbye in person, so they chose an open viewing.

Like so many victims of the virus, Elizabeth Swartz died in a hospital bed with no family or friends by her side. The mother of two and recovering addict — sober for her final three years — was 60. After missing her Jan. 11 death, Hoonsan struggled to find a mortuary that could cremate her body. She finally found one after calling nearly 15, but securing an urn amid a backlogged supply was difficult, too.

She felt like the Jan. 24 viewing was her last chance at closure. But looking at her mom’s body, she felt none.

“I just feel like it’s been hard to process everything,” Hoonsan said during a January interview in her Las Vegas home.

Experts say experiences like Hoonsan’s can lead to “complicated grief,” also known as persistent complex bereavement disorder — feelings of loss that are debilitating and don’t improve even after time passes, according to the Mayo Clinic.

Separation from loved ones, delays in funeral services and restrictions on memorials have made healing difficult during the pandemic.

“You can’t get to a place of healing like you normally would,” said Michelle Paul, director of The PRACTICE, UNLV’s community mental health clinic.

As the city recovers, grief lingers for Las Vegas families who had a loved one torn away from them by COVID-19.

“The loss people are experiencing is real, it’s sad, and maddening,” Paul said.

More than 5,300 people have died of COVID-19 in Nevada since the start of the pandemic. Skyler Morales died in January from multisystem inflammatory syndrome — a reaction to the virus that can affect children and adults weeks and months after first falling ill.

The 23-year-old tested positive in December but tested negative weeks after the new year. He was young, healthy and free of underlying conditions. The Morales family believed he was in the clear.

A few days later, Morales broke out in rashes and came down with a fever. He was admitted into the ICU at St. Rose Dominican Hospital, San Martin campus, where his body began to shut down. Doctors treated his failing organs one by one. His condition worsened.

“I thought he was going to make it,” his stepmom, Klaudia, said with tears streaming down her face.

His doctors didn’t understand the syndrome enough to provide a specific treatment plan for him, she said. He was also hospitalized amid a surge in patients that prompted the hospital to issue a disaster declaration in mid-January, the Las Vegas Review-Journal reported. 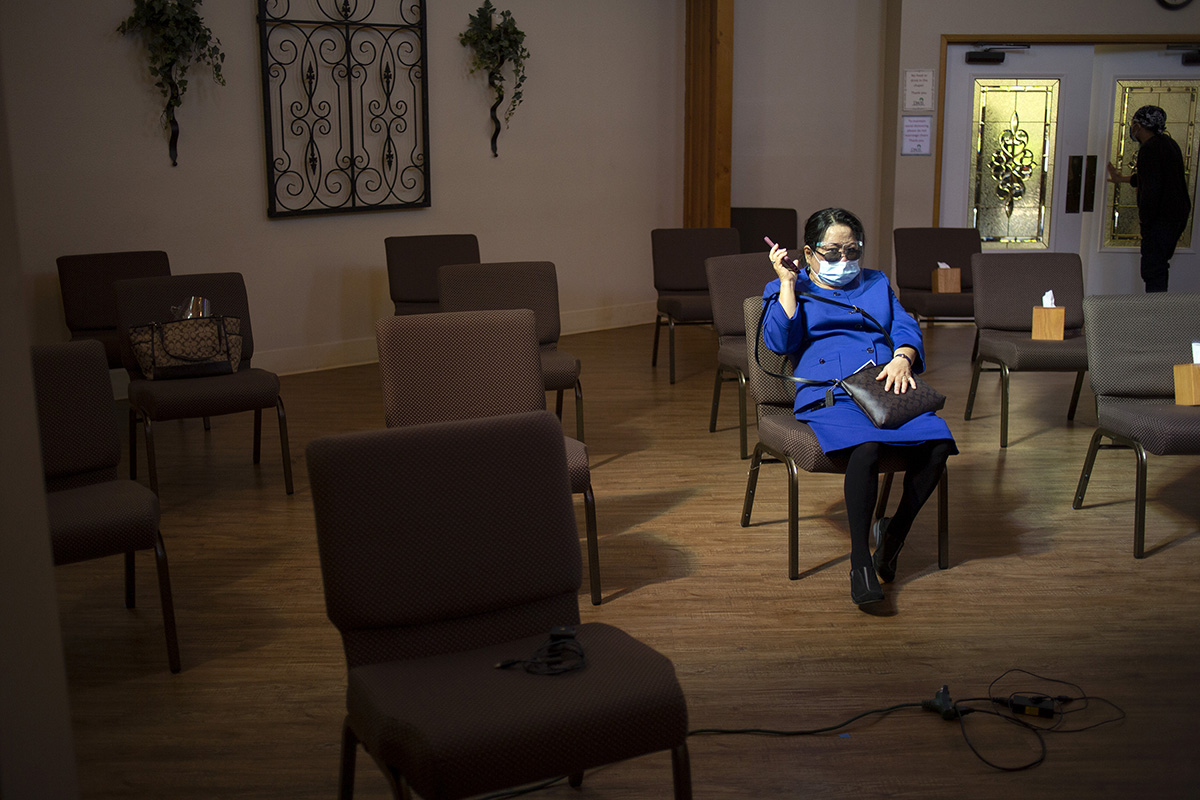 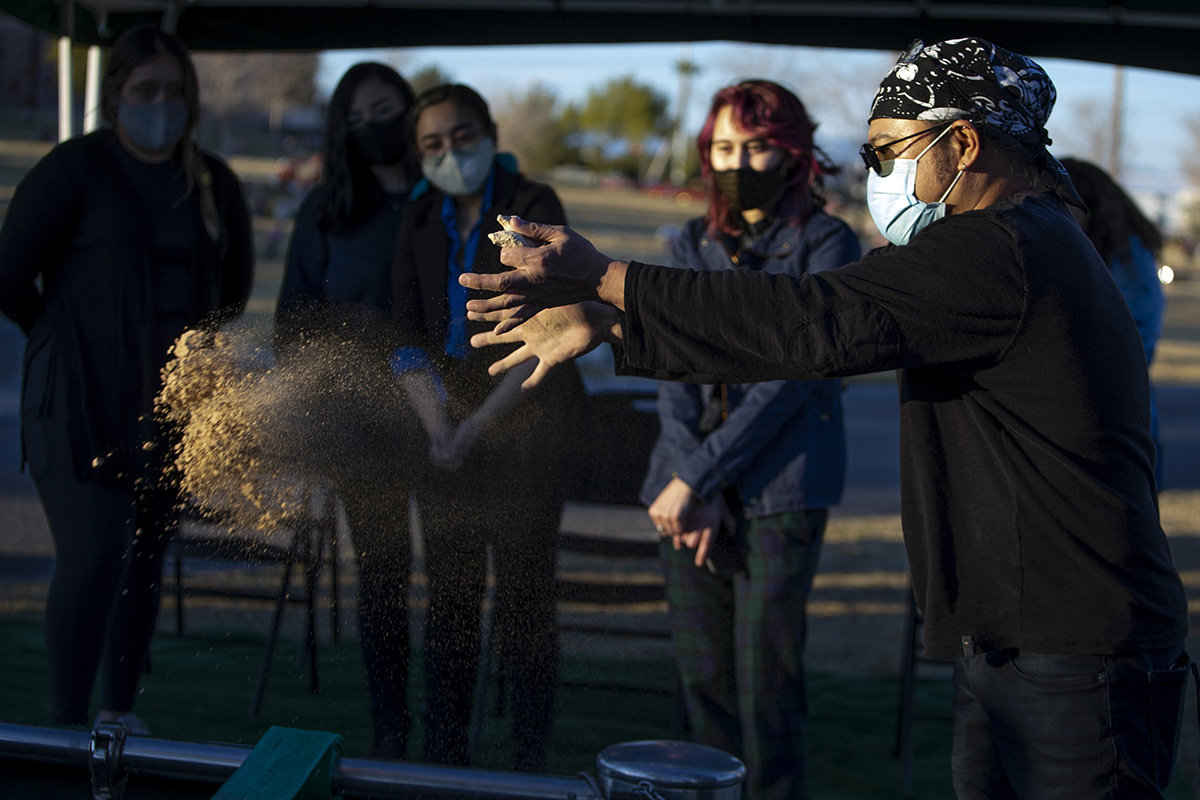 Julian Morales throws a handful of dirt onto his son’s casket as it is lowered into the ground at Davis Memorial Park. “He’s supposed to bury me, or put me in an urn somewhere, in his lifetime,” said Julian. “Not the other way around.”

The family of Zarina Rose is trying to understand what happened to the mom of five whose strength held her family together.

Rose tested positive during her 32nd week of pregnancy, was rushed to the hospital in late January and underwent emergency premature labor at Spring Valley Hospital Medical Center to save her baby son, Kenzo, on Feb. 2. Within a week, she was put on a ventilator and went into cardiac arrest before she died. She was 42.

“My wife was stripped away from me,” said her husband, Nick. “If I was able to just hold her hand at bedside, it would’ve changed everything.”

Rose struggled through chronic migraines nearly every day. They were so severe that she would go through two bottles of Excedrin, a headache pain reliever, every month.

She did this while working at the front line of the pandemic as a registered nurse. She even worked to provide money and resources to her family in the Philippines. Despite it all, Rose did it with a big, bright smile, her family recalls.

“My mom is a fighter,” said Von Dominguez, 26, her oldest son. “So I thought she at least had a chance at surviving.”

Grieving through a screen

“Refrain from hugs and handshakes. Be mindful of space,” a white sign read in front of a funeral room at Kraft-Sussman Funeral and Cremation Services.

It was Valentine’s Day, nearly five days since Rose’s heart line fell flat. Only 20 people could enter at a time to see her.

A single iPhone pointed toward her body, which was lying in a casket, to livestream the viewing to family and friends back home.

Inside the nearby waiting room, her 13-year-old son, Ricky Dominguez, sat restlessly in his chair. He hadn’t gone in yet to say goodbye.

“When she got sick, I didn’t take it seriously at first,” Ricky said. “I had a late reaction to it all. I just couldn’t believe it.” 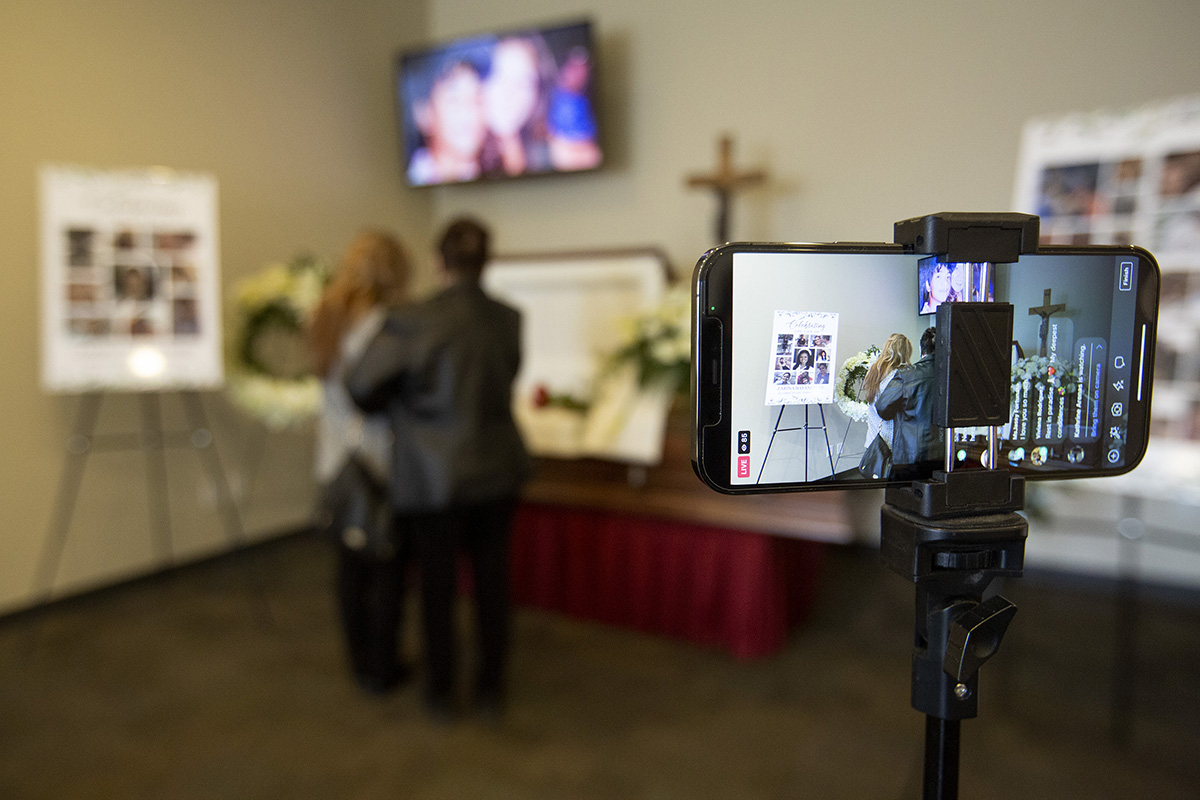 Zarina Bayani Rose’s funeral is live-streamed to Facebook at Kraft-Sussman Funeral and Cremation Services in Las Vegas. Among those who could not attend the service in person were her family members in the Philippines. 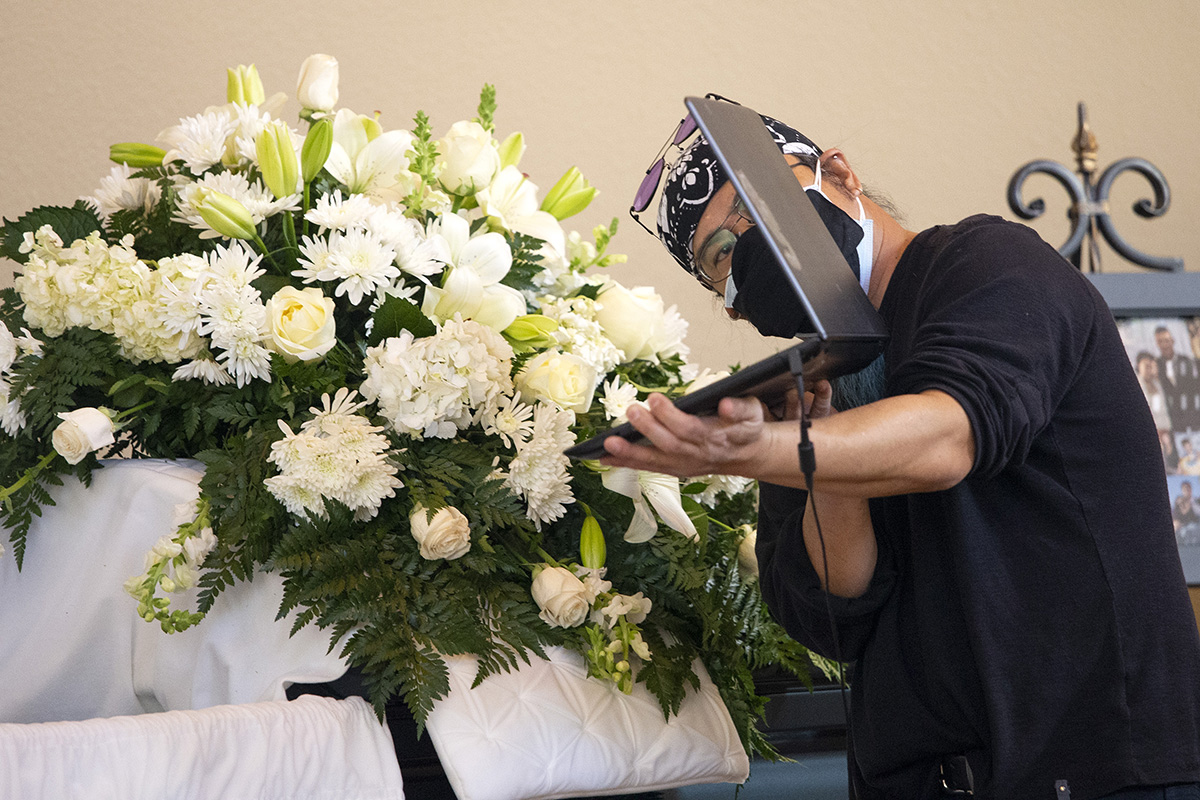 Julian Morales brings the livestream of his son’s viewing in for a better view of Skyler’s casket. Their family is spread out across the country and world, so many couldn’t be present to mourn Skyler’s death because of COVID-19 travel guidelines.

Under Centers for Disease Control and Prevention guidelines, fewer people attended funerals and viewings — a grim reality that several families experienced during the pandemic.

“Seeing the number limitation has been the most heartbreaking to witness. Most funeral homes had a 50-person limit,” said Susan Fuller, connection pastor at Canyon Ridge Christian Church. “Many funeral homes had to turn people away.”

At Swartz’s funeral, her grandkids fidgeted while watching her service through iPads from the hallway. Only 15 people could go into the small chapel for the service.

“No one wanted to come out because of COVID. Only one person outside of our family attended. I feel like she deserved better than that,” Hoonsan said. “It makes me sad knowing she wasn’t celebrated the way she could have.”

Hoonsan plans on placing a memorial bench at Whitney Mesa Trail in Henderson, where people can sit and watch both sunrises and sunsets, which her mom loved. It will say, “Keep it real or keep it,” a motto that her mom lived by.

“I understand why we weren’t able to see her because of safety reasons,” Von Dominguez told the Review-Journal. “But at the same time, if we understood the risks, why couldn’t we just see her, you know?”

The Morales family recently visited Huntington Beach, California, where they collected seashells to place on Skyler Morales’ grave. With them was a green stuffed frog, which, when squeezed, plays a clip of him goofily saying ‘Oh, hello!’ to his little sister, Athena, and then her erupting in laughter. 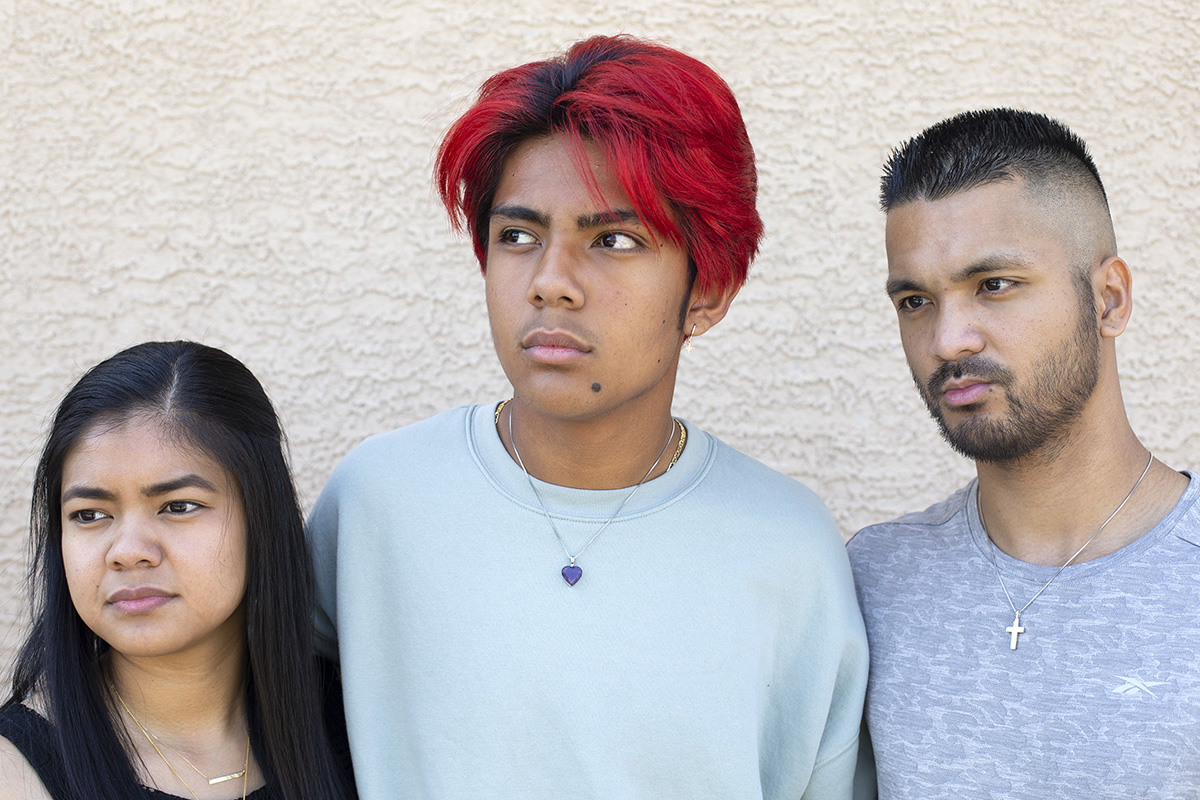 Kyla Dominguez, Von Dominguez and Ricky Dominguez, children of Zarina Bayani Rose, at their mother’s home on Sunday, April 11, 2021, in Las Vegas. “This loss is with us forever,” said Von, who plans to get a tattoo in honor of his mom. 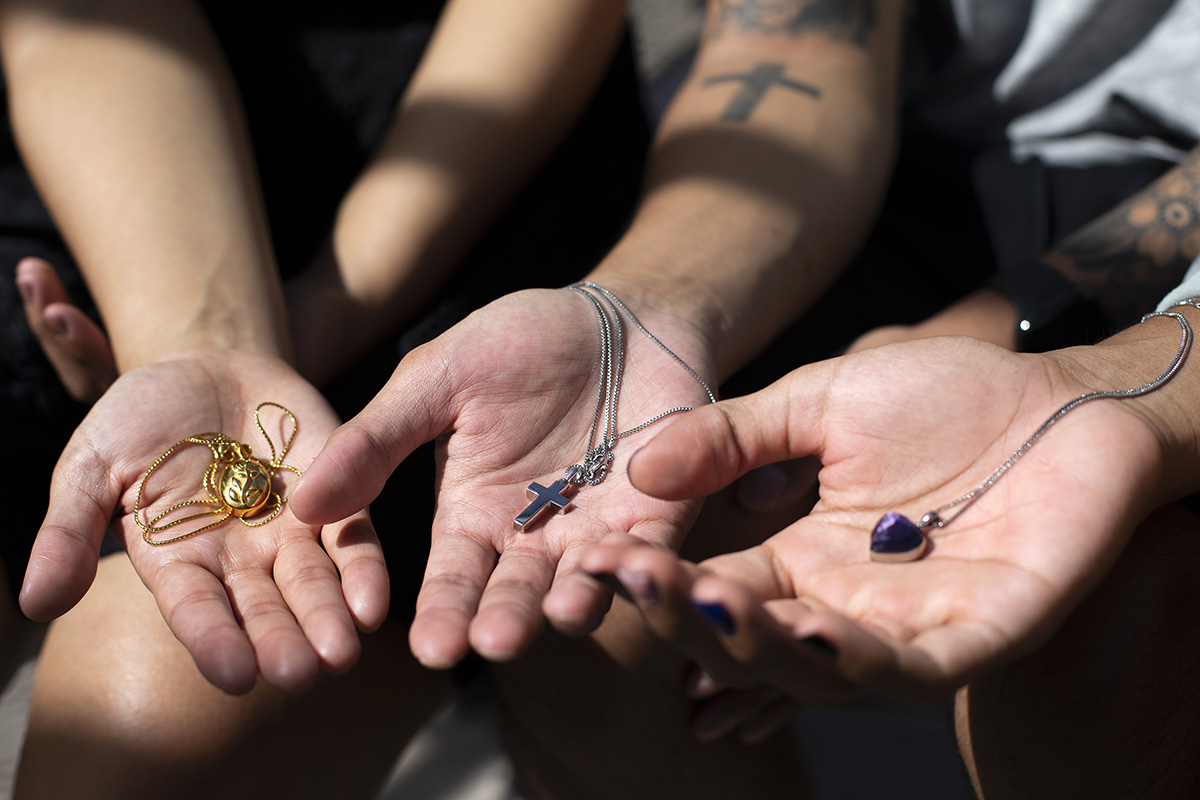 Weight loss: Best low-carb fruits you can have on the Keto diet | Times of India

Dr. Fauci is still confident U.S. could have a coronavirus vaccine by December | CNBC